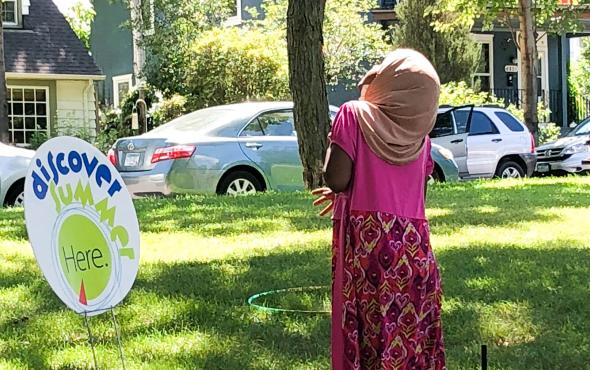 That was especially important during the summer of 2020, when COVID-19 threw so many roadblocks in the way of traditional summer programming. With the usual host sites such as rec centers, libraries and school buildings closed, “we all had to lean on each other to make things happen,” noted Athelgra Williams, a Pop-Up Park partner from Minneapolis Parks.

Athelgra described the experience of Pop-Up Parks as “a beautiful way of being.” She continued, “We were all here to support youth and see them flourish. It took on extra meaning to be able to support young people in their neighborhoods, especially when there was not much else to do.”

That included the Youth Coordinating Board’s Outreach Team. Their bold yellow and black t-shirts and high energy levels made them easy to spot as they engaged with young people and organized games.

Steve Alexander of Minneapolis Community Education noted that Pop-Up Parks took on an increased significance as many of the parks were located near the areas of social unrest following the death of George Floyd. “Young people living in those neighborhoods needed a place where they could feel safe, and not like they were being policed,” Steve noted. “They needed space to navigate systems that haven’t always been built for them.”

And while Pop-Up Parks were designed with young people in mind, families, youth workers, and teens benefitted too.

“There was such a need for in-person connection,” reflected Alyson Gagner, YMCA of the North. “We were able to hear directly from families about their needs and make connections to resources for them.” Katie Rehani of YWCA Minneapolis agreed, “There was more two-way communication, and a recognition that this is something we really should be doing.”

“We were also serving the needs of young adults on our staff,” Steve added. “I think one of the biggest silver linings was how connected the staff team became. They really got to know each other and had such a good time working as a team; they wanted it to keep going.”

Teen Tech Squad members were happy to be out in the parks connecting with younger kids too. Typically, these young people are hired to design and host summer workshops for kids and younger teens — usually at the library. This time, they created an entirely new catapults workshop that could be done outdoors. “Pop-Up Parks made it possible for Teen Tech Squad members to maintain their summer jobs and share their passion for STEM with other youth,” noted Bernie Farrell, Hennepin County Library.

“Everybody needed Pop-Up Parks,” summarized Athelgra. “We needed the space for adults to be out working as well as kids to be playing.” 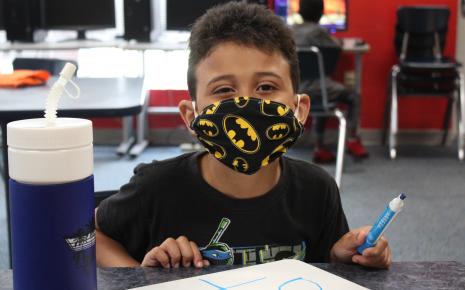 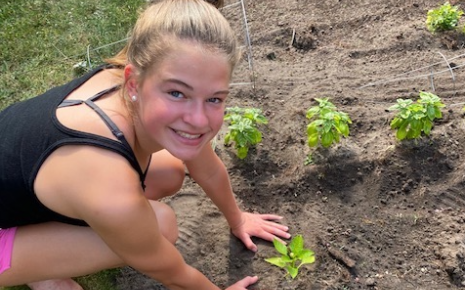 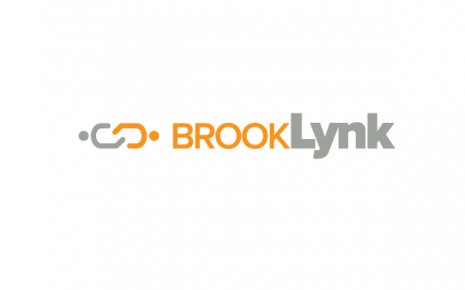 END_OF_DOCUMENT_TOKEN_TO_BE_REPLACED

Pop-Up Parks is a collaboration of seven youth-serving organizations that came together to bring fun, safe and positive activities for young people and families directly into Minneapolis neighborhoods during the summer of 2020, amidst the backdrop of the COVID-19 pandemic.